Simran Jain majors in political science and social policy and practice, and minors in gender and sexuality studies. Simran recently attended Feminist Camp, where she was exposed to feminist work beyond her personal experience.

Describe yourself and why you wanted to attend Feminist Camp:

I am a sophomore who is constantly taking classes on the theory behind feminist ideology and movements, but have had limited exposure to feminist work that is being done beyond Tulane’s campus. At Tulane, I am involved in several student groups: Students United for Reproductive Justice (SURJ), Sexual Aggression Peer Hotline and Education (SAPHE), and Undergraduate Student Government, and I feel as though I am fairly well versed in what social activism looks like on our campus. Feminist Camp was an exciting opportunity to expand my knowledge on national and international feminist movements. Making sure that I am always being exposed to new content and having my ideas challenged is core to my activism, and I wanted to attend Feminist Camp as an opportunity to learn and grow, then bring what I learned back to the campus that I love.

What were your favorite parts of the conference?

My favorite parts of the conference were, surprisingly, the times that centered around art. I often consider myself to be much more political than artistic. Most of my activism exists in a political sphere and visual art often goes right over my head. So when I found myself connecting so deeply with the A.I.R. Gallery, a feminist art gallery in Brooklyn, I was shocked. This trend of art continued as we met with the Feminist Press publishing company and Anastasia Higginbotham and learned more about feminist literature, poetry, and children’s books. Viewing all of these forms of alternative activism was the most powerful part of the conference for me, and it was these moments where feminism was brought from the intellectual to the emotional that will stick with me for life.

As an executive board member of Students United for Reproductive Justice for the last two years and an activist for reproductive health and rights, I thought I really had a handle on these topics. I can tell you where your local abortion clinic is, what the laws are in your state in regards to access, what sex education looks like in different school districts, etc., but there was one huge gap in my education. My knowledge of the actual medical procedure of an abortion was so limited. I knew all there was to know about the politics of reproductive rights, but the scientific aspect went right over my head. At Feminist Camp, that gap was filled when I performed an abortion procedure on a papaya at a family planning center in Harlem.

We started the workshop by breaking down common misconceptions about abortions and who is getting them. One in four American women will have an abortion before age 45. 59 percent of people seeking abortions had given birth in the past. 51 percent of people seeking abortions were using a contraceptive method the month that they became pregnant. Learning about all of this was already increasing my knowledge about the state of abortion in America, but the most influential part of the workshop was when we performed an “abortion” on a papaya. After doing the procedure with my own two hands, I left Harlem knowing that I was better equipped to continue my activism.

Having this new found knowledge on the logistics of what an abortion looks like has made me a better, more informed advocate and has offered me a level of compassion and understanding that I did not have before. I hope to bring this papaya workshop to Tulane so that reproductive rights activists, and general student body alike, can experience what the procedure of an abortion looks like and dismantle some of the stigmas and myths surrounding it.

Tell us what you learned that you hope to never forget:

One of the most valuable things that I learned from Feminist Camp was not something that was directly told to us, but rather a trait that was exhibited by so many of the people we met. I learned the power of passion from the coordinators, speakers, and other campers. As we spent a full week constantly engaging with people, the speakers who stuck with me and inspired me the most all had something in common; they were obviously passionate about what they did. As a young adult with many opinions and not a whole lot of life experience, it can often feel as though getting people to listen is an impossible task. But if you really care about something, really love something, those feelings show and the value of that is unparalleled to any formal skill. 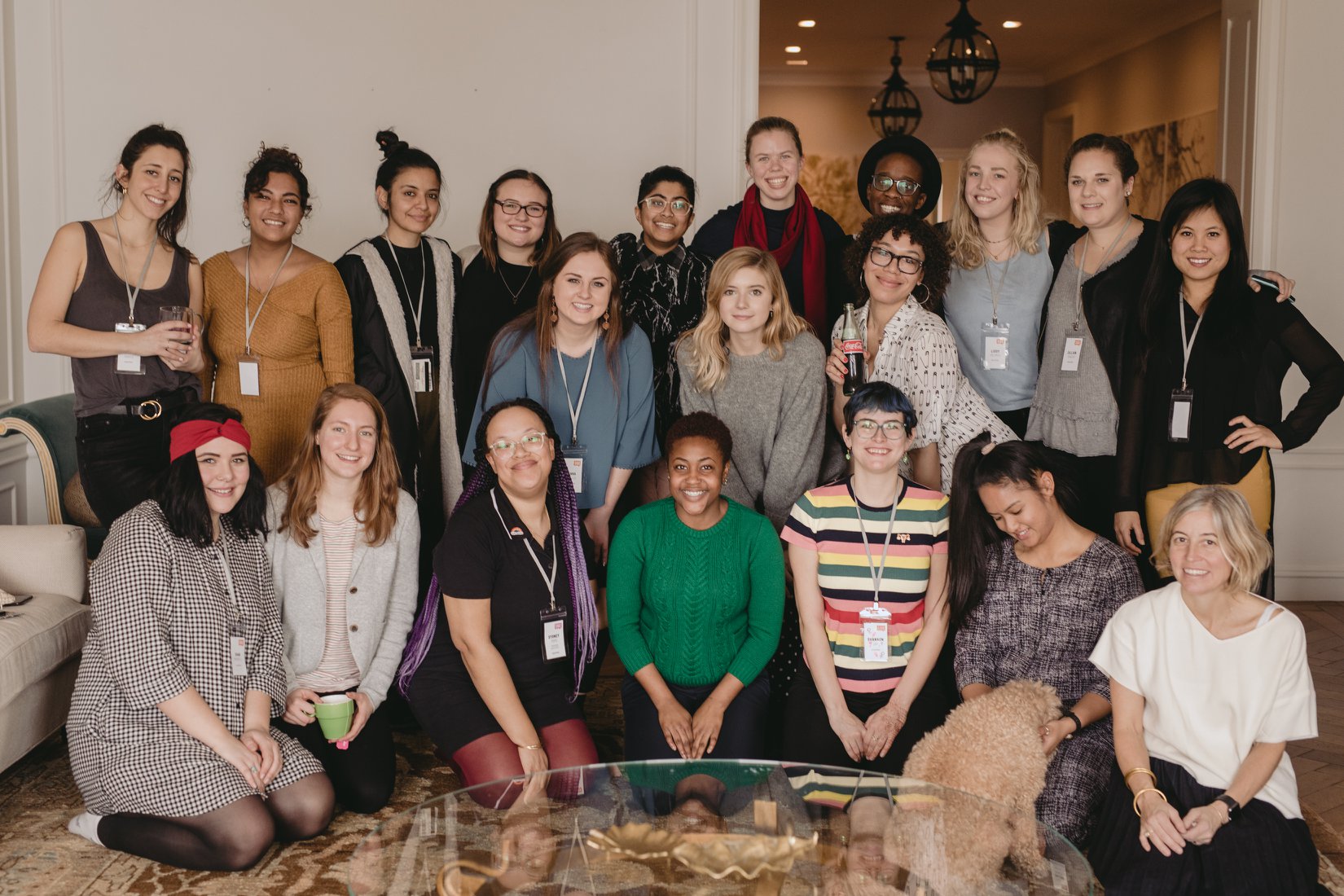 Why should other students attend a Feminist Camp?

I would highly recommend Feminist Camp to all Tulane students interested in social justice! This experience was therapeutic, and rejuvenated my energy and drive to commit myself to feminist work. The people that you meet during Feminist Camp are diverse and inspiring. Feminist Camp offers you the chance to expand your understanding of feminist work being done today, while also making meaningful connections and engaging in professional development for those who hope to bring feminism into their future careers.

How did this experience help with your future ambitions?

Feminist Camp gave us the opportunity to make meaningful personal connections, as well as necessary professional connections. This experience allowed me to network with a purpose and took a huge amount of the stress of networking out of the process. Getting the chance to be face to face with people from the organizations that I hope to someday work at allowed me to solidify my career goals and begin pursuing those goals in an informed manner. I feel much more prepared to take on my professional future thanks to Feminist Camp!

Does this sound like something you might be interested in? Tulane undergraduate students can apply to NCI for funding to attend Feminist Camp. Email Betsy Lopez at elopez@tulane.edu for more information.

Responses have been lightly edited for length and clarity.