Meet Jacqueline Wagner! She is on the pre-med track and majoring in Sociology. 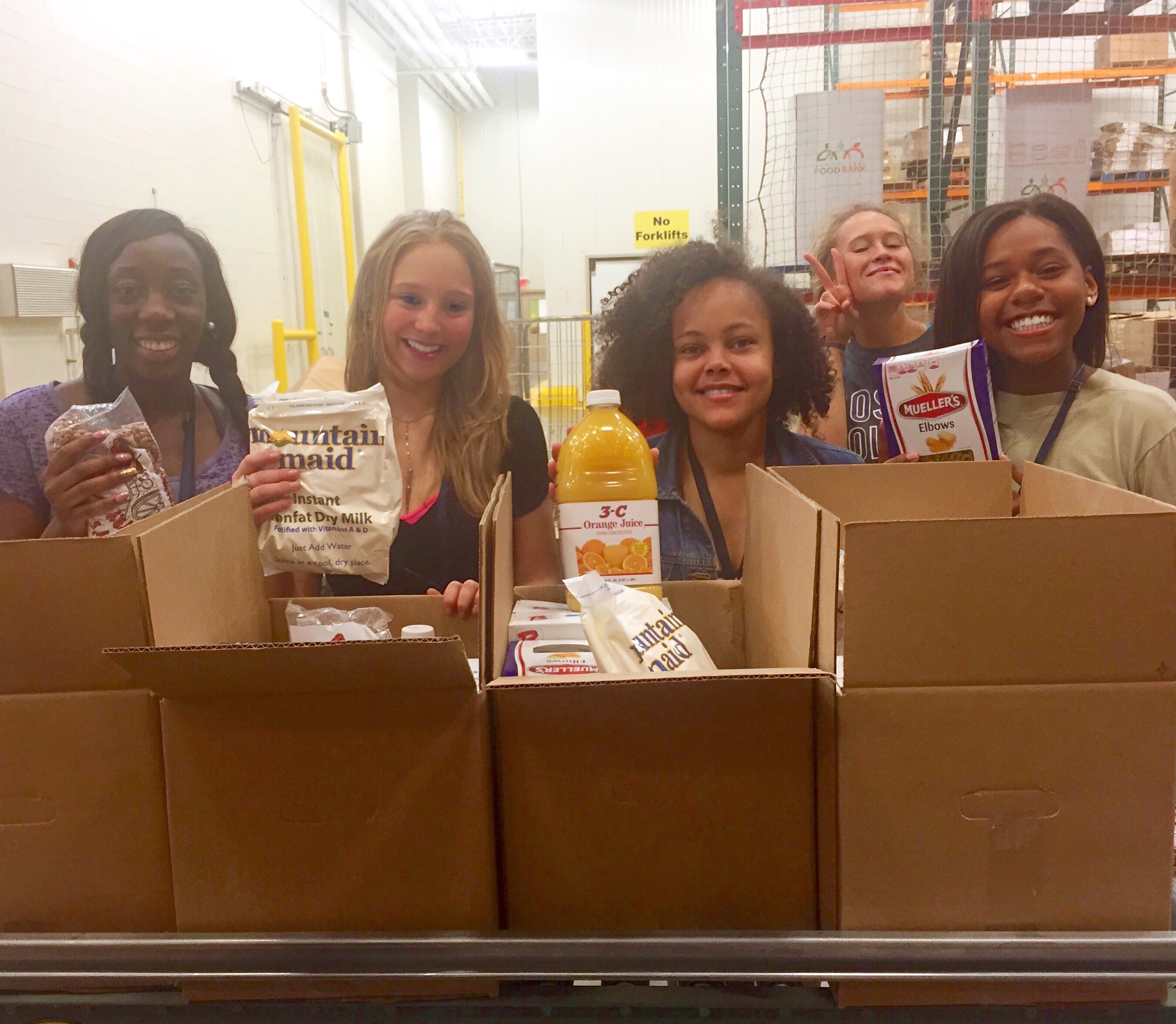 Describe yourself and why you wanted to attend the NCCWSL Conference:

As someone who is studying to go into the field of medicine and ultimately become a surgeon for male to female transgender patients, my interest in sociology, gender, sexuality, biology, chemistry and so on is not often combined in a classroom setting. NCCWSL introduced me to many women who are also involved in interdisciplinary studies and who could speak on many, seemingly juxtaposing, topics and relate them under one unifying principle. I wanted to attend NCCWSL because, on one hand, I knew I’d meet empowering, motivational women, who, like myself, do not only want to do well in their field of choice but pioneer new avenues within the field. On the other hand, I hoped to meet women with different perspectives from my own, who could bring new and exciting ideas to the conversation (whatever that conversation may be) and who did not agree with me on all topics. Having intelligent debates with other women defeats the stereotype that deems women catty and, better yet, defeats the notion that all feminists work within a singular, narrow lens with only one goal or agenda in mind. For example, feminism touches on an array of subjects including sexual assault, racism, the wage gap, and gun violence. 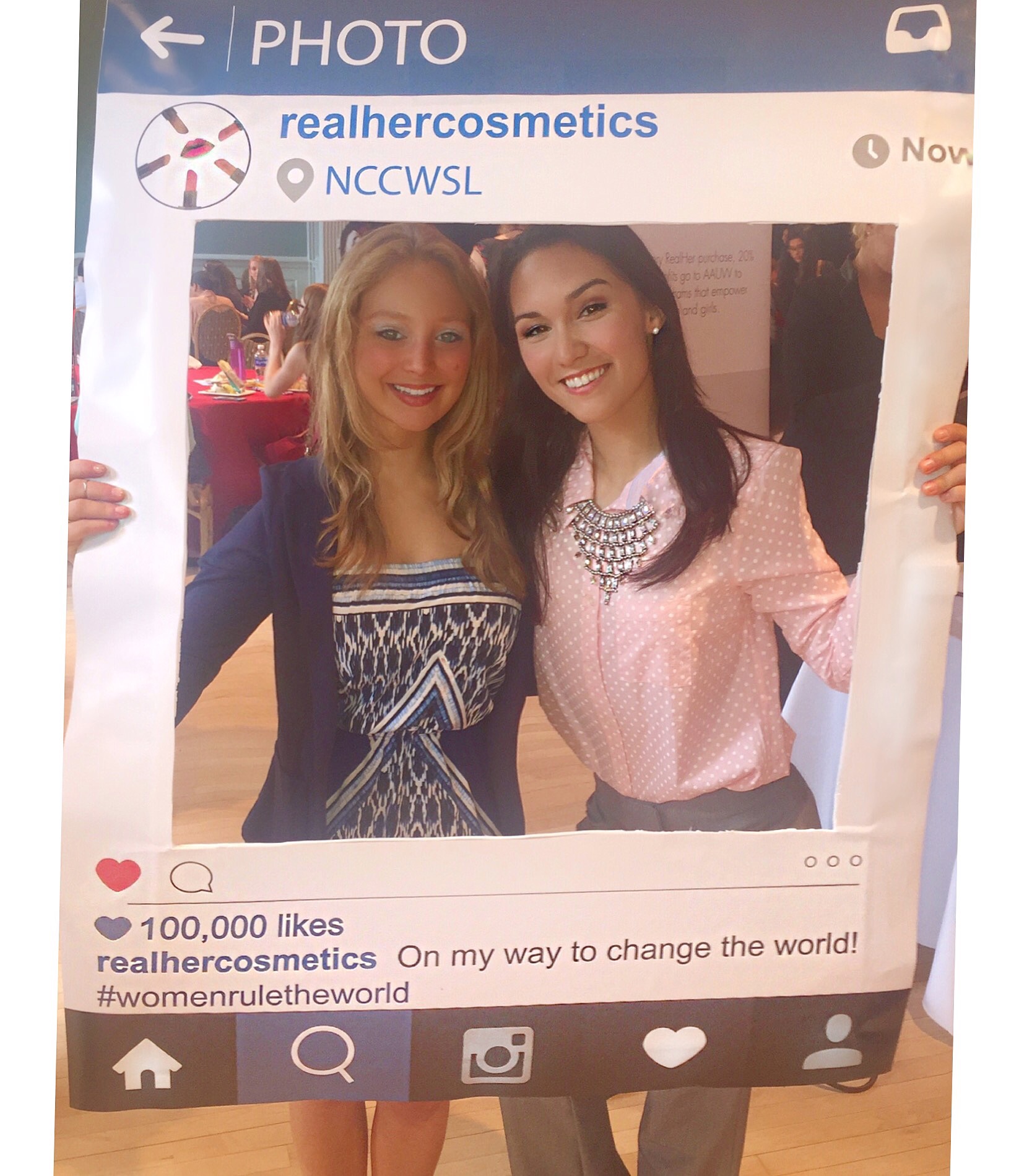 Describe your favorite parts of the conference:

One of the most amazing experiences at the conference was my pre-conference event. Waking up at 7am to work at the food bank for hours doesn’t seem particularly appealing, but it truly did create an awesome bond between my pre-conference members and I. Lifting heavy boxes of canned goods, juice, rice and cereal, whilst assembling new boxes to pack the correct amount of each good per box so that every family who received food got an equal and fair share was a tedious process that got easier as the hours went by. As leaders in our own right, each member of our pre-conference was delegated a different good to carry depending on their body strength. While others were assigned to count the amounts of goods per box, some of us had the job of dismantling and recycling used boxes and so on. We ultimately used our leadership skills to create an effective assembly line that allowed us to create the most amount of food boxes in the time we had there. It was awesome to be a small part of a large project and to see each of our personal strengths get utilized in different ways. The pre-conference was a great reminder that leadership does not mean working alone, but rather discovering what you excel at and taking advantage of that talent to be a part of a bigger team of leaders. 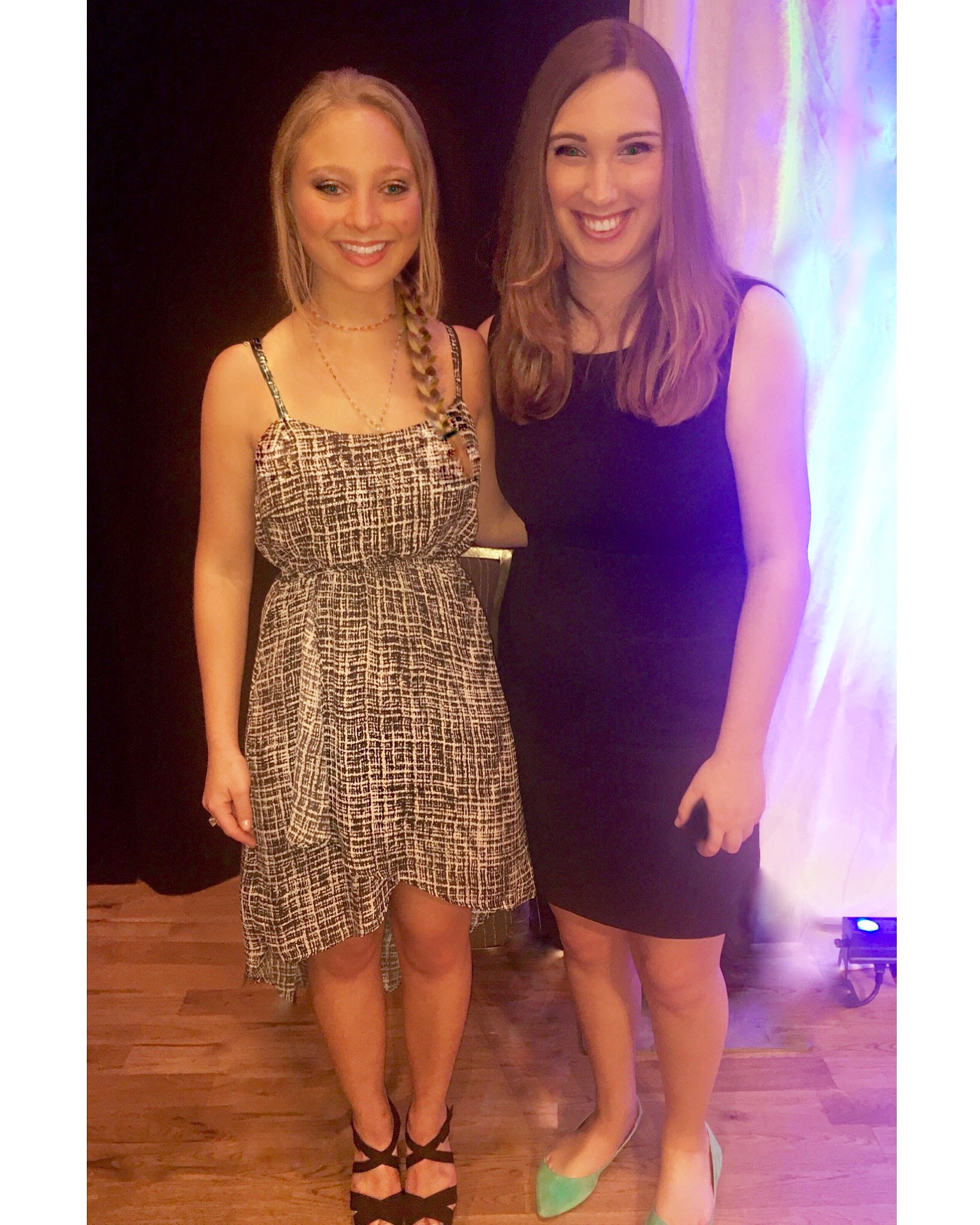 Highlight a speaker or a conference event:

The speakers were truly an inspiration in their own right, but the one that spoke to me was “The Mother of The Hubble” Nancy Roman, the first female executive of NASA and a major contributor to the planning of The Hubble Telescope. Roman spoke about her journey in the STEM (science technology engineering math) field at a time where women were not welcomed to do such work. Her contributions to the science world are unparalleled as are those towards advocating from women in STEM. Her accomplishments, as incredible as they are, did not impress me as much as how she went about attaining such achievements. She explained how she practically worked at NASA for free despite her many contributions and how, even then, her male counterparts shamed her for being a woman. She was told daily that her being a woman would never lead her to success in the science world and was told to, instead, stay at home to do “girl things.” Despite all this, she never allowed such negativity to stand in the way of her goals and aspirations and instead only used their discouragement as motivation to work harder and do better and innovate. Roman reminded me how lucky I am to have both women and men in my life who support me and my dreams wholeheartedly despite despite the fact that I may be working twice as hard to earn 3/4th of the money my male counterparts make and despite the idea that my having kids and ergo a “2nd shift” may be a reality in the future. I am so grateful to have these people in my life and to also have the opportunity to listen to women, like Nancy Roman, who took it upon themselves to blaze the trails of science for pre-med students, like myself, to follow in their footsteps. I am privileged to have women in my field who have already survived the struggle that is gender oppression, lived to tell the tale, and ultimately give me the advice I need to do the same. 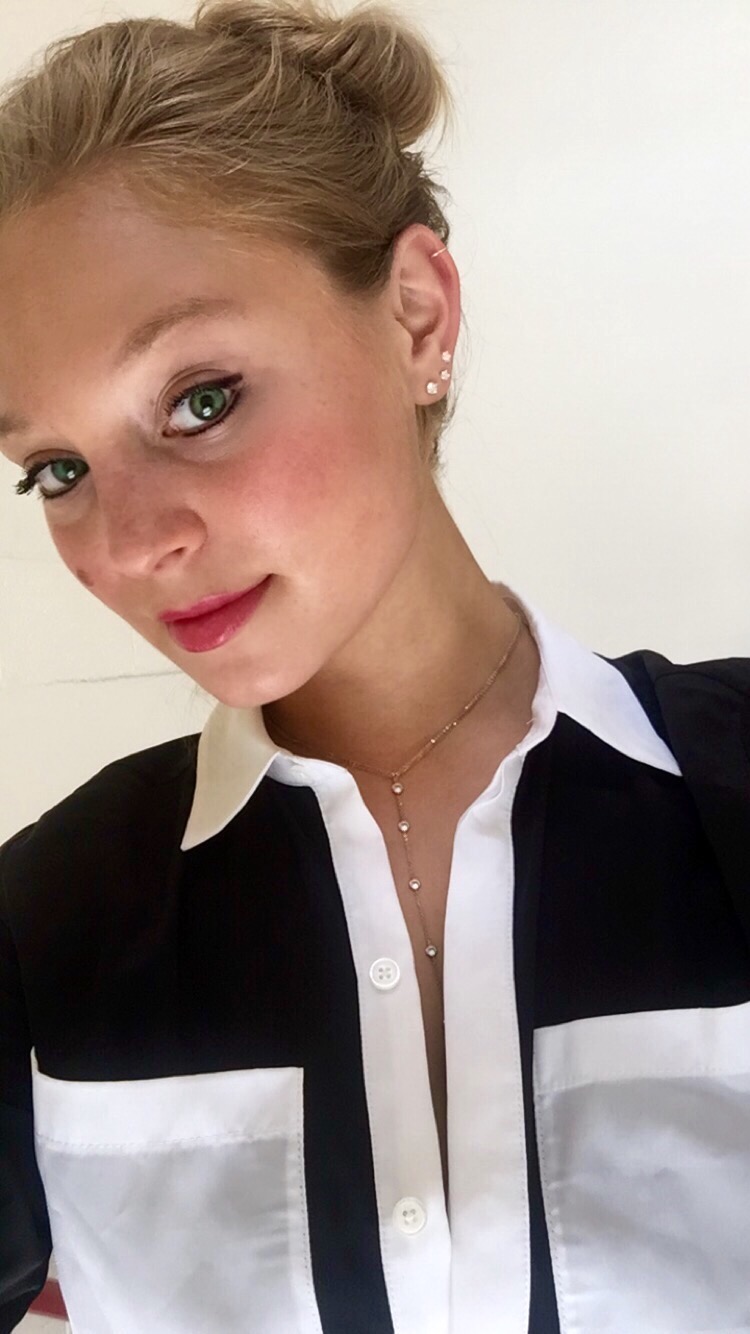 Detail what you learned that you hope to never forget:

The over all lesson I learned at NCCWSL is that I know nothing. Admitting to your own ignorance or absence of knowledge is not a sign of weakness but of strength and is the only means of attaining more information. Questioning your own beliefs or what you once thought to be true is ok and is essential to having an open mind and then having the ability to view the world through many lenses. I will never forget how precious the title of “feminist” is and that it is one someone is not given, but earned through activism. No matter on how small of a scale one chooses to engage in feminism, whether it be through protest or leading by example, it is a feminists duty to do so. Without some form of active feminism (a verb) a feminist is nothing but an empty title. 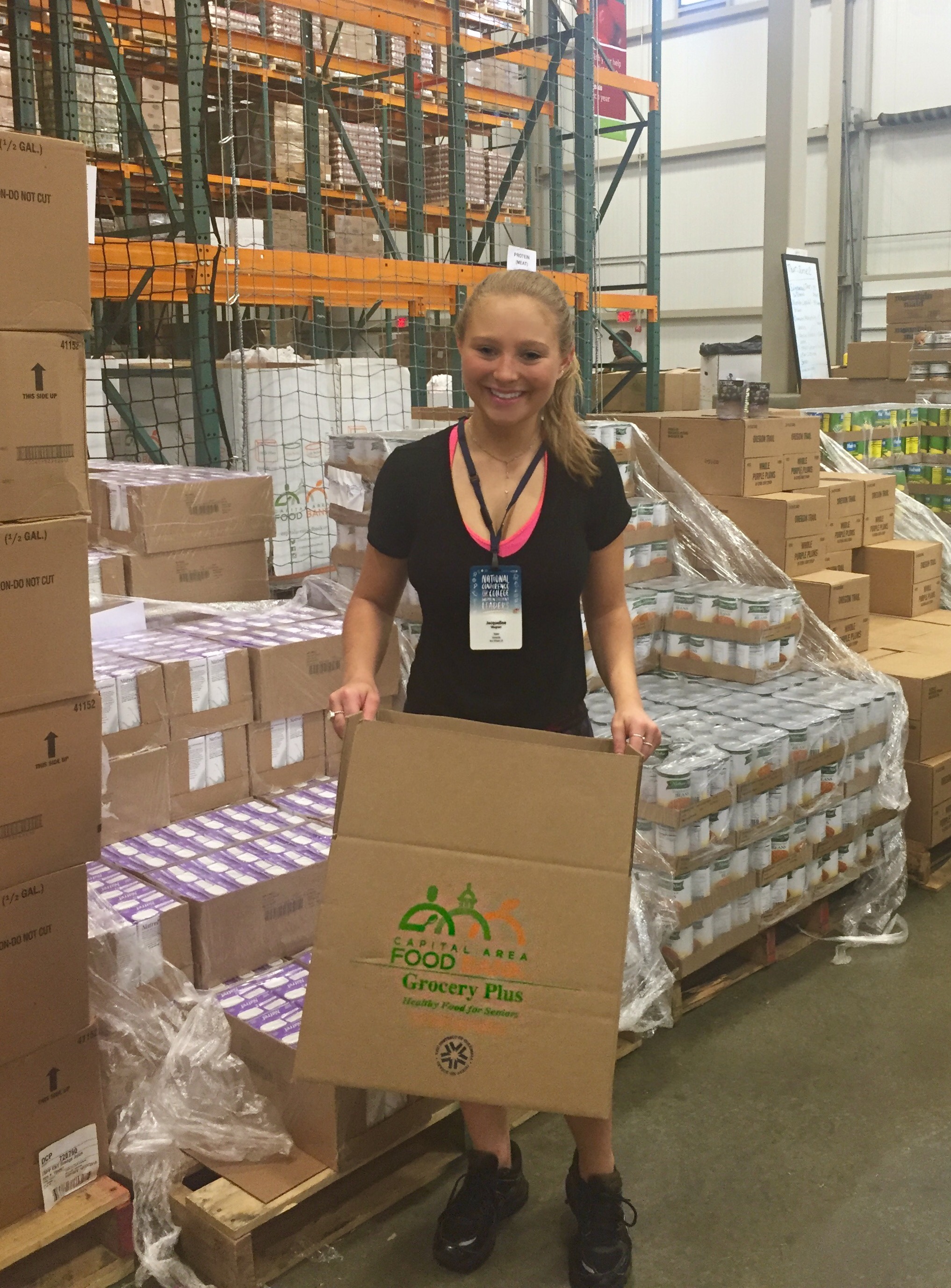 Why should other students attend a NCCWSL Conference:

Other students should attend NCCWSL because preaching to the choir never started a revolution. A person can sit and talk with like-minded people for a lifetime and the conversation will never change until it is infiltrated by a person with a different perspective, opinion or idea. Going to NCCWSL may not change your view on the world or women or even feminism, but listening to the voices of those unlike yourself is essential to understanding why things are they way they are. As a sociology major, I know that we are apart of society, but society is also apart of us. We, as individuals, can either take the path of least resistance and accept the society we live in for what it is, or make the effort to change society from the inside out and be a guide for women who choose to lead behind us. The conference was a great way to make connections with like-minded women, get involved in nonprofit organizations, and even start a job that could lead to a career. NCCWSL acted as a vehicle for change for women who knew they wanted to make a difference in the world but weren’t sure how. This conference motivated me to continue on my path towards becoming a surgeon for transgender patients in a field of study that does not have an exact protocol or that doesn’t even exist until I, along with others, create it.

Does this sound like something you might be interested in? Tulane undergraduate students can apply to NCI for funding to attend conferences. Email Betsy Lopez at elopez@tulane.edu for more information.

Responses have been lightly edited for length and clarity.