I think this is my midpoint? Something like that?

So now that I’ve been with the Lead Head squad for a pretty respectable amount of time, let’s check in to see how I’m doing on my learning goals:

It would be a disservice to only report the things I had anticipated learning before the summer even started, when there are so many other new thought-residents of My-Brain-Town to be shared:

Things I learned that were not part of my learning goals, but are important for any 21st century woman to know:

Okay, readers, I know I joke a lot in these blog posts, but I want to make this non-negotiably clear: I love my job, seriously and unironically. The LSU office is the least stressful work environment I’ve ever been in, and my coworkers and supervisors are all super smart and driven. My mentor has taken so much care to take the strengths, weaknesses, interests and goals of each of her interns into account while guiding us. In addition to the activities I described in my last blog post, I have been working on a new project, something really big and exciting.

This last February, in the aftermath of Flint, the EPA sent a memo to the commissioner of each state’s drinking water agency asking them to enforce a number of steps to protect the public, about half of which have to do with transparency, and including information for both consumers and public water systems on state websites. Because this is a memo and not a law, some states have been better about this than others. So, to get an idea of how quickly states were rolling out the EPA’s transparency requests, I spent weeks going through each state’s public documents, legal guidance pages, and consumer advice and documenting everything I could find. Then, using a National Resource Defense Council paper that includes a ranking of US cities as a guide, I developed an algorithm that would allow me to compress all that qualitative data into a numeric value for each state, with 7 being most in line with EPA recommendations and 1 being the least so. Using my new ArcGIS skills I mapped that data geographically into this (Purple is the best, gray is the worst): 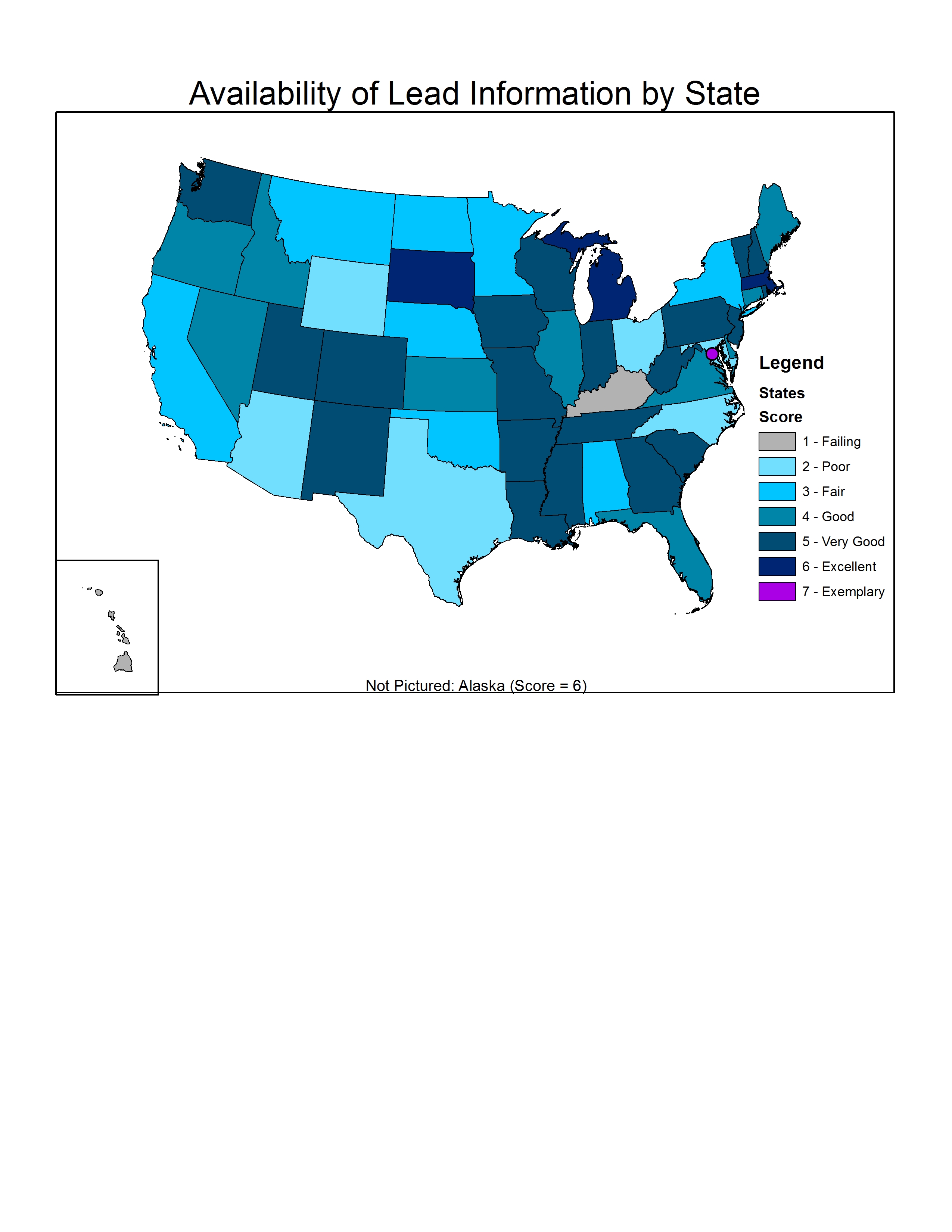 Please note that I have re-visited some of the data since making this map and promoted and demoted several states. An updated version of this graphic will appear in a poster that will be presented at the New Orleans Youth Force summer closing event.

Now that I have all of the data mostly processed, I’m going to analyze it just a bit more and write it up as an academic paper. Dr. Katner thinks I have a shot at submitting it into the Journal of Environmental Justice, which I’m pretty sure is where I will go after I die if I am good.

What a time to be alive. Except it is too hot outside.
*So you know how you’re not supposed to drink water that’s contaminated with lead? You’re also discouraged from cooking with it. I will never forget this after the day I learned that pasta is very good at absorbing lead in the water around it. Immediately after hearing this, a never-ending parade of malicious Rhyme Drones in my head has been repeating the phrase “Leady Spaghetti.” It echoes through my subconscious daily, with no signs of stoppage.