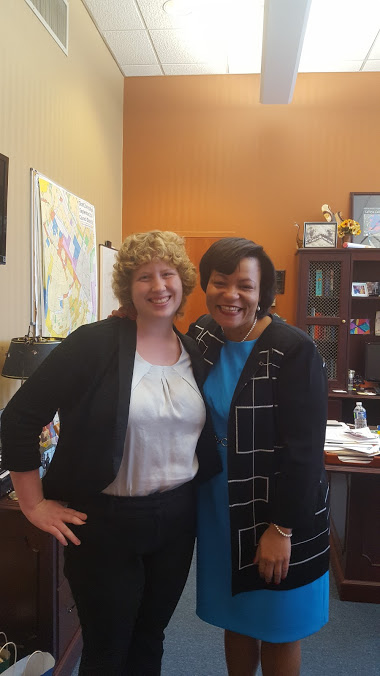 It is hard to believe my City Council internship is over, as it seems like the summer flew by quite fast. I learned a good deal about city government, much more than I thought I would. I was able to work on and research a verity of projects, including pre-arrest diversion programs, restorative tax abatement, historical restoration, HIV/AIDs prevention programs, and crime. My largest project, though, was the grammatical editing I did on the entire 1000+ page master plan for New Orleans. While editing might not seem that thrilling, I understood the significance of having an error-free, official document. Furthermore, I read about a plethora of issues I had never considered before, like alternative rain water management methods and zoning restrictions. I also did practical things, like file paperwork and enter data, which will be useful in any field I enter.

Though my end goal is to work either on a national or international scale, I strongly feel that understanding how city government works is vital to being successful in these fields. City government is the basis of our society, and no matter what field I choose in politics, I am sure that I will encounter and work with it. I now have experience in city government, which is not something my competition will necessarily have.

I feel more confident working in a bigger government now that I have a foundational understanding of how most governments function. Next summer, I am going to applying to internships both with the national government and NGOs that work internationally. Because of my experience these past couple of months, I will feel more confident and prepared on the first day of whatever internship I end up at next. I would like to gain experience with topics that more directly relate to my specific interests, such as counter terrorism, national security, or foreign aid. New Orleans” City Council has prepared me for taking the next step towards my future.

The last two months have taught me a lot. In regards to female representation in politics, I have learned that there is absolutely no reason for there to be less women at the table (which is far too often the case). New Orleans’ City is made up of four women and three men, and gender had nothing to do with how strong a member’s will was, how much they cared, or how reasonable they were. Rather, their relationships with others, listening and speaking skills, ideas, and passion dictated how much impact the council members had. To other women seeking to enter the political field, I would tell them not to let anyone tell them no or criticize them because of their gender. It is one thing if they receive criticism because their skills are lacking, but it is unacceptable if anything is motivated based on their gender.

My advice to people wanting to work in politics in general is to say yes as often as they can. My internship would not have been as rewarding and educational if I had turned down projects that sounded boring or that I had no background education in. Topics that seem boring at first are fascinating once one understand them (ex: I never imagined that historical restoration debates could get so heated). Lastly, it is okay not to know everything going into to an internship. Internship are meant to being learning opportunities, and just because a topic might be unfamiliar does not mean you can not deal with it. You will learn and pick up the necessary information faster than you think, and most people are fine with answering any questions you might have.

I am so thankful for my time at City Hall, and I will not forgot the many lessons or people I met. This was a great beginning to my political career, and I cannot wait to see where it takes me.