Even at the midpoint of my internship I felt that I was meeting the goals I had set out for myself before starting.

The first of the goals was to learn how to best interview victims. I have been able to sit-in on interviews. Most recently was a forensic interview of a child, which was particularly interesting because there are specific guidelines on how to interview children to avoid leading them in one direction. My office had to have a specialist from the University of Southern California come in and conduct the interview, while we watched in another room via a live-streaming service provided by USC.

My second goal was to learn more about the standard of prosecuting Sex Crimes. I have accomplished this goal by screening cases as they come in, and trying to match the elements of the law to see if the case should move forward. I have also been able to talk to DAs about he difficulties of pursuing cases they know might not seem strong enough in the eyes of a jury.

My third goal was to apply things that I had learned in the Politics of Rape course that I took last semester. I feel that this was best accomplished when I talked to DAs about Title IX processes, because the DAs are largely removed from that system. It was interesting to hear their perspective of the movement going on right now about rapes on college campuses. My office gets cases from USC and the DAs said that they feel there has been a rise in such cases being reported within the last few years.

My fourth goal was to reconnect with attorneys I have worked with in the past and I have been able to do it.

Lastly, my fifth goal was to get a better idea of whether or not I would want to work in Sex Crimes in the future. I can confidently say that I would be very interested in working in Sex Crimes again and plan on interning in the same office next summer! 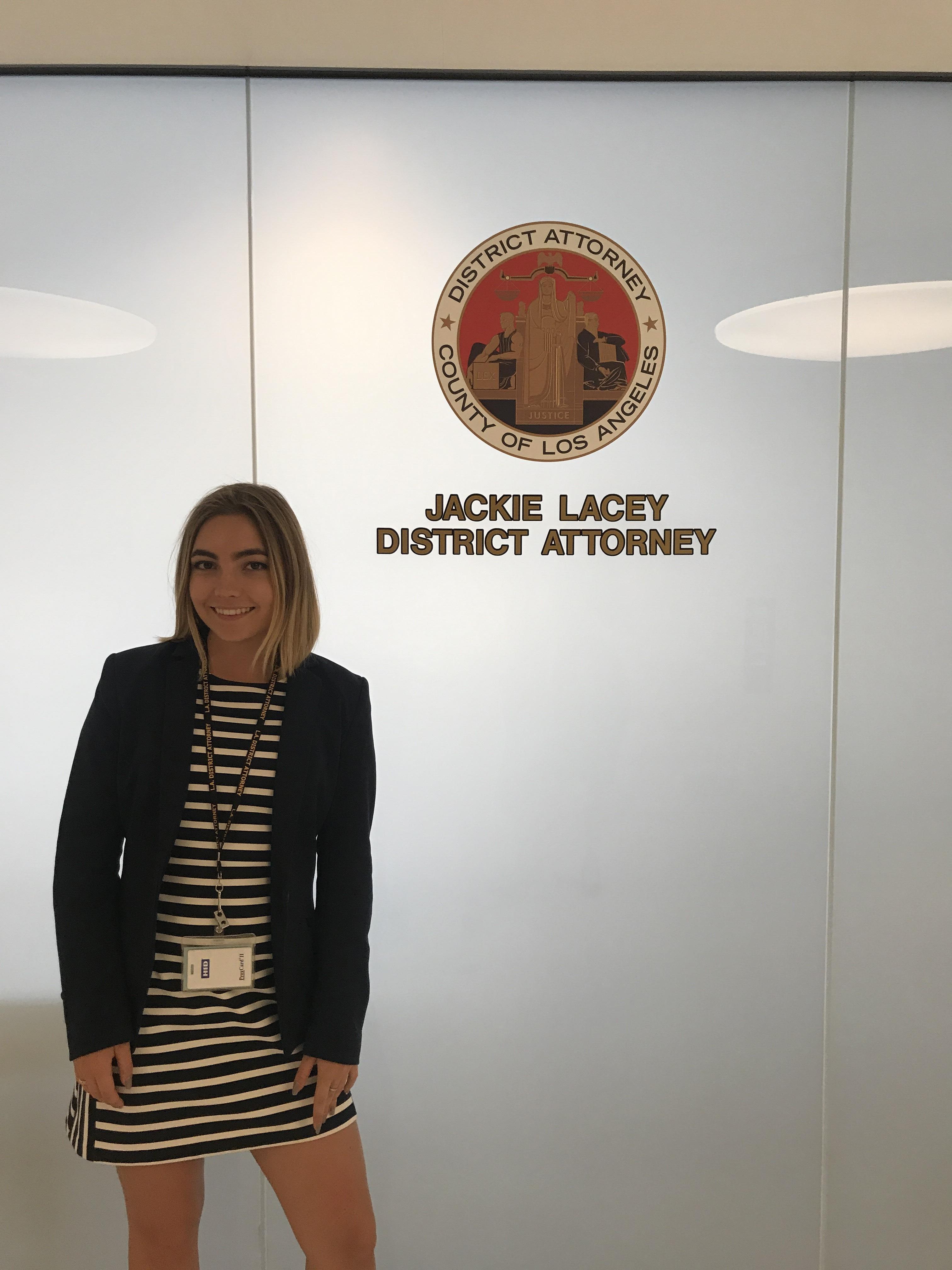 Building off of this experience, I would love to get more involved with organizations on campus and organizations in general that help victims of sexual assault. This summer I worked in Sex Crimes and next summer I might want to build off of that experience and work in the Human Trafficking Section of Sex Crimes. I would also like to pursue a thesis that involves Sex Crimes in some way.

I would advise anyone interested in an internship at the Los Angeles County District Attorney’s Office to apply! I’ve had a great time interning there and the internship lends itself to making connections so once you’re in if you like it you can likely come back again.

I feel very lucky to have been in a workplace where the bosses were all women, and all of the women in the office are clearly well respected. It is always helpful to see women in strong roles, and pick their brains about what it is like to try to have a family with a career. I think it’s important to talk to women in the workplace to get an idea of what it is like for them to work.

The biggest thing (and probably the most obvious thing) that I learned this summer in regards to being a problem solver/change agent/citizen is that people should report sexual assaults. The prosecutors take difficult cases and provide a wonderful support system for victims.