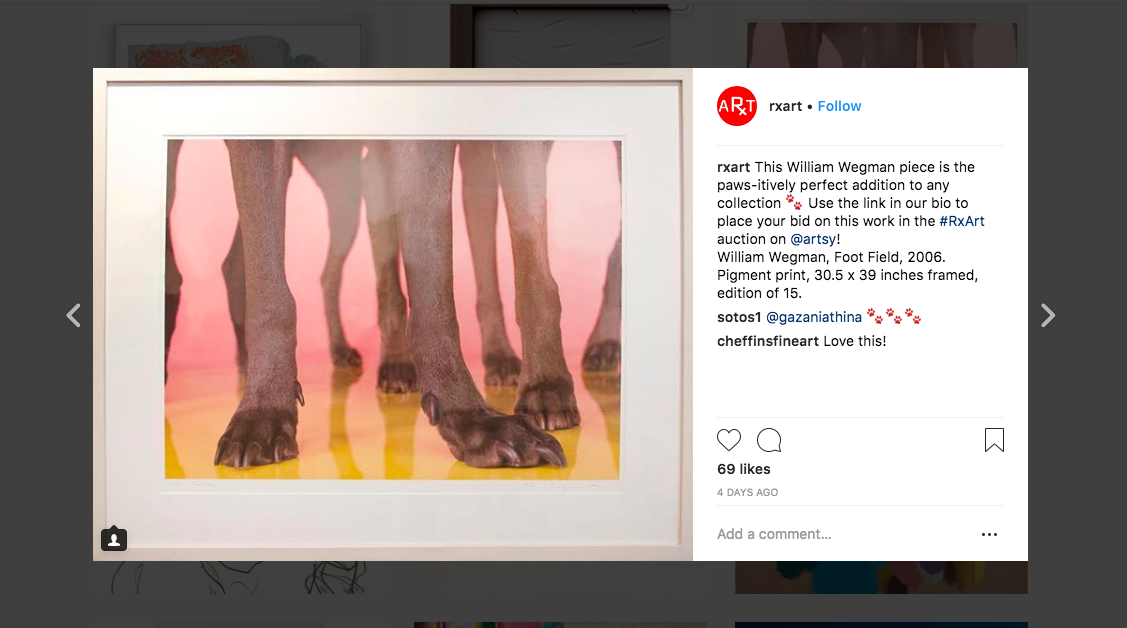 One project I’m working on right now is promoting an event at Magazzino Italian Art Museum. Magazzino is putting on an outdoor film festival, and all proceeds from ticket sales will go to the organization I work for, RxArt. I’ve been in charge of updating the social media so that people are aware of the event and how to get tickets, as well as interested in the different films that are being shown. One of the most effective forms of promotion for RxArt I’ve found is just a simple instagram post. I made a post explaining what Magazzino’s event would be like, and I started off the caption “grab your popcorn and brush up on your italian…” Later in the day, Magazzino sent us a message on Instagram saying that they were so thankful we were helping promote the event, and that the first line of the Instagram had made them smile. Although it was just a small compliment, it was a really good feeling to know that the posts I made did it’s job. It’s even more rewarding to look at ticket sales for the event, and feel like my promotions are having actual effects, especially knowing how great of an organization the money is going to.

I’m able to monitor my growth in very practical ways, because my job can be quantified. I can see if our number of likes and followers increases or decreases. Since I’ve arrived at RxArt, our followers and like counts have all gone up, which is awesome. I’ve also begun to better understand which types of posts perform better, and why. As I get more comfortable with the office and the team, I’ve also began to take on more leadership roles, and present my ideas more confidently. One of the accounts I’ve really seen growth in is our Canada account. We only recently opened the Canada chapter of RxArt, so when I entered, the account had about 30 followers, and was only following a few of them back. Throughout my month and a half here, we’ve grown the following to 150 followers, as well as selected about 130 relevant accounts to follow and interact with.

Even though I’m technically the social media/design intern, because the team is so small, I’ve learned to fill every role on the team if need be. Through this, I’m learning a lot of different skills, and getting personal experience in different types of careers within the same organization. It’s been really helpful in feeling out what I like and don’t like in a career.

The picture attached is an example of a post I made for RxArt’s benefit auction on Artsy.