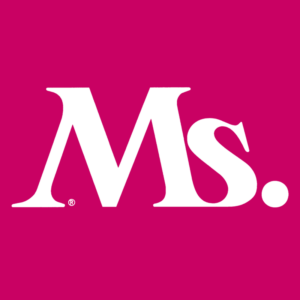 While researching an article I was writing about the 2020 Tokyo Olympics, I started to get discouraged. Although there has been a lot of progress in terms of representation, there’s still a long way to go until we reach true equity. The National Women’s Soccer team, with four Olympic gold medals and four World Cups, is still fighting to be paid equally to their male counterparts. U.S. fencer Alan Hadzic was still allowed to participate in the Games despite multiple allegations of sexual misconduct. Women make up only a third of the International Olympic Committee executive board.

One of my favorite parts about working at Ms. is that I am always being challenged and thinking about things from different perspectives. Shortly after publishing my piece about unequal pay in the Olympics, my editor suggested that we work on a piece from a different angle, highlighting the progress made in the Olympics this year.

This led me and fellow Tulane student and intern Khira to write Olympics Nearing Gender Parity for the First Time in History, a piece examining all of the positive strides we’ve made in representation and accomplishments in the Olympics. This year, women have been making history, with Katie Ledecky winning the gold in the first-ever women’s 1500-meter freestyle race. Beyond that, changes are being made in broadcasting and coverage. Women are receiving more primetime than ever before and there is a renewed focus on “sports appeal, not sex appeal.”

Through my time at Ms. this summer, I’ve learned that while it’s important to cover issues and acknowledge how far we have to go until we reach true equality, it’s also important for me to remind myself of how much progress has been made and continues to happen every day. I feel lucky that I’m able to work at a feminist publication like Ms. and constantly fight for issues that I’m passionate about.